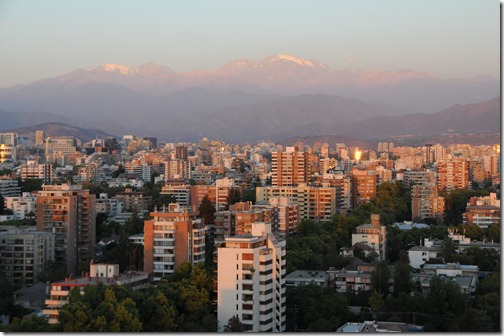 Santiago de Chile is one of those cities that, after visiting for the first time, you think to yourself, “How is it that I never really knew about this place?” Sure, I vaguely recall it as the capital of Chile from my 8th grade Geography class, but I can honestly say that I had no idea what an amazing, modern, first world place this is.  I had the good fortune to visit Santiago for the first time in January 2012 as part of a trip to South America for the Sharing the Point speaking tour, and penciled this city down as one of the locations I really need to make sure I return to soon.

First off, Santiago is larger than I expected, but not so much from a population point of view as from a density point of view.  I’m not talking about slums or tenements either, Santiago is street after street of large, modern apartment buildings.

At the same time, it is sprinkled with parks, museums, opera houses, theaters, and other trappings of culture you’d expect to see in such quantities only in larger cities such as New York.  Walking around the city center is a pleasant experience, and you are constantly rewarded with the sights, sounds, and smells of a real dynamic, yet relaxed city. 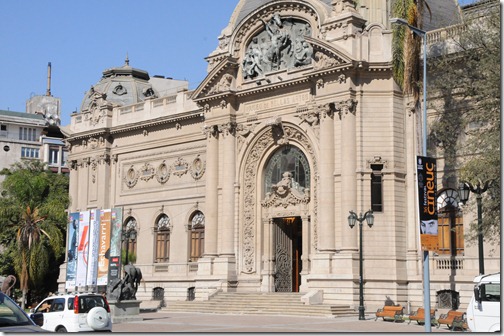 The oldest part of the city is located near the hill known as the Cerro San Lucía.  It is here that the Spanish conquistador Pedro de Valdivia founded the city of Santiago nearly 500 years ago in the year 1541. 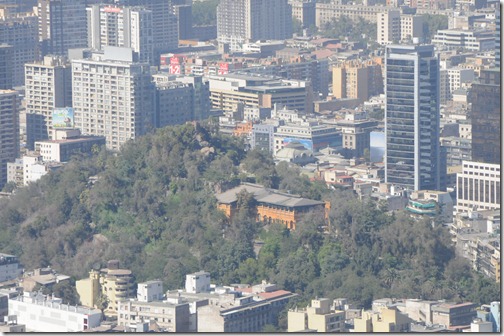 The top of Cerro San Lucía houses elegant gardens, fountains, and great views of the city itself. It has the feel of gardens of an elegant manor or castle, and is extremely pleasant to walk through. 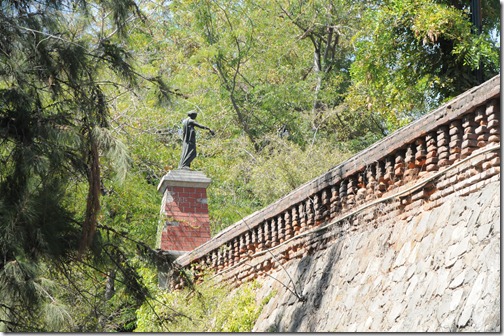 Between the hill and the Mapocho River is where the oldest part of the city is located.  Only a few blocks to the west can be found the central plaza of the city, known as the Plaza de Armas.

Surrounding the Plaza de Armas are some of the older buildings of the city, including the elegant central Cathedral.  When I visited, there were also several civic events underway, including a political demonstration held by the local Communist Party. 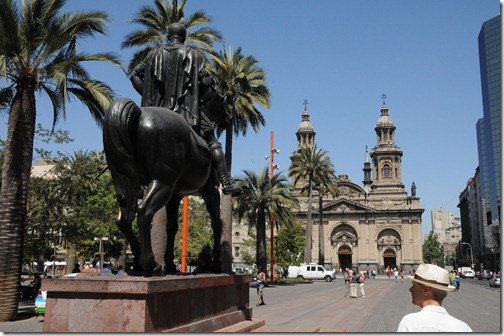 Like other cities in South America, there is a large graffiti presence in Santiago, though much of it is of a higher caliber than your run of the mill graffiti.

It was more along the lines of high-end street art, and it was everywhere throughout the city. 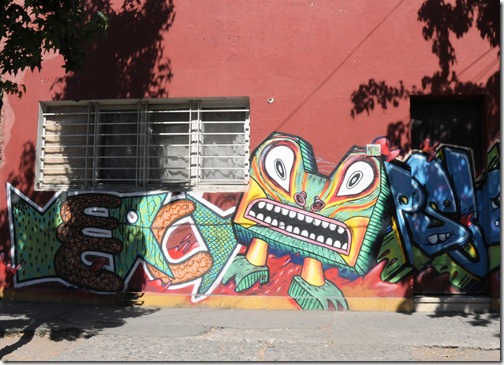 Enough about the street art…let’s get to the best part of Santiago for me…the food. The markets were teaming with fresh produce and even fresher seafood.  The main Mercado Central, or Central Market, was where we stopped to first take in some of the produce.

The Mercado Central occupies a beautiful iron-wrought building near the river, and was packed with seafood of all shapes and sizes.

Our group ate here, sampling several extremely tasty dishes, including a fish head soup called Caldillo de Congrio…an amazing savory concoction that has to be tried at least once in a lifetime.  We also tried a type of crab known as Chilean Centolla, or Southern King Crab, which looks like a space monster from a bad 70’s sci-fi movie.

As if the Mercado Central was not enough, the next day we visited the Patronato market, just across the river from central Santiago.  This was a real local’s market, and went on and on, stall after stall, as far as we could walk. 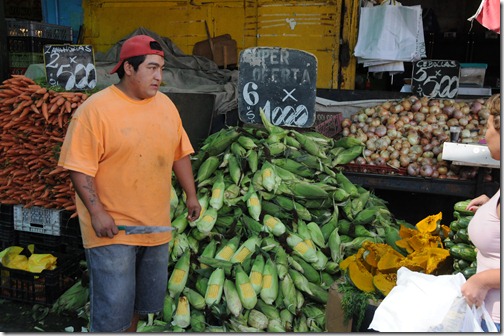 At the market, per a recommendation, we tried a local drink called Mote con huesillo, also known as the “refreshing national drink of Chile.” This is a mildly sweet drink with husked wheat (the yellow substance that looks like corn) and dried peaches that is a perfect remedy for a hot day.

In the summer, you can find stands selling this drink all over the place, it is highly unique, interesting, and quite tasty.

The Patronato market was bustling, busy, and loaded with giant vegetables and ripe fruits, many of which I had not seen before.  Prices were very reasonable, and since it was berry season it was also extremely easy to get gorgeous raspberries and blackberries for a fraction of what they cost elsewhere. 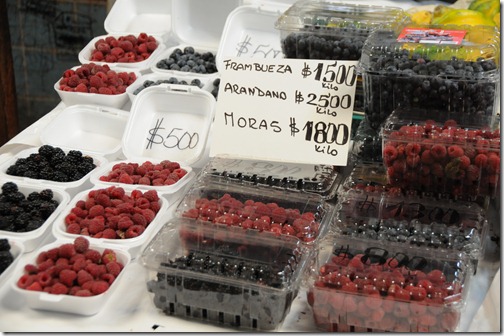 The variety and quality of goods here was astounding, and the human aspect (and feline aspect…if you look closely at the picture below) was inspiring. Visiting a market like this really brings you closer to the real people in a community, seeing how they shop, interact, and haggle.

We chatted with several people while we were there, and all were extremely pleasant and genuinely interested in speaking with us.  The market, with all of its noises, smells, and interactions really was the highlight of the city itself.

Our speaking event was held on the 14th floor of the tallest building on the campus of Duoc University in Santiago.  Fortunately for us, this gave us not just great views of the city and the snow-covered Andes, but also one of the most pleasant coffee breaks in the history of speaking events. 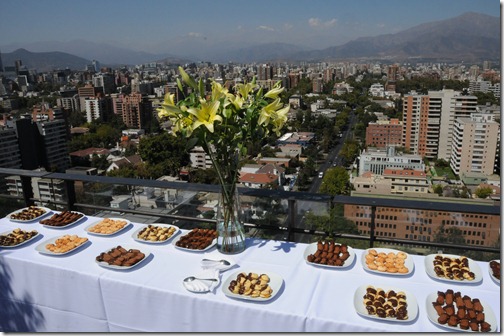 The participants of the event in Santiago were engaging, interesting, and a very social group, we made plenty of friends that day, and later that night spent the evening with several of the locals in a city that never sleeps.  We finally went back to the hotel at 4:00am, at which time the streets were still packed with Chileans having a great time.

My thoughts on Santiago? Honestly, there is a very small list of places in the world that I’ve traveled to that I would consider moving to.  Santiago was one of those few places that fit this description for me. I found myself seriously contemplating taking a crash course in Spanish and moving here to work and live. I could do much worse than beautiful Santiago de Chile.

My top 5 list of things to do, see, and eat in Santiago de Chile includes the following: